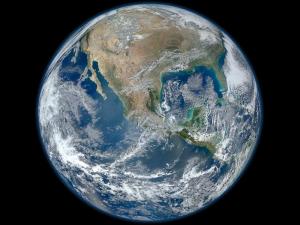 Earlier this year as I read about China’s pollution problems I thought, “They are polluted because they make products for the United States!”  We have exported our jobs, manufacturing and pollution, and some of that pollution is finding its way back across the Pacific Ocean.

There is evidence that China is exporting pollution from their manufacturing back to the United States.  China has lax manufacturing standards in every area and now their extreme carbon pollution is crossing the Pacific Ocean to pollute California, Oregon and Washington State.

What about products made in India? Experts have long known that India’s air is among the worst in the world. A recent analysis by Yale researchers found that seven of the 10 countries with the worst air pollution exposures are in South Asia.

Carbon Pollution is a global issue.  There are many things you can do and shopping for American made products is one of those things.   Buying USA made is green and creates needed jobs here in our own country.  I have been trying to do this for over 20 years and it is tough, but I feel better about my purchases. Yes, sometimes it is impossible, but consumer demand can bring some of those jobs and products home.

Below is a post from Todd Lipscomb from   www.madeinusaforever.com

“According to a recent study, up to 25% of air pollution on the West Coast is floating over from China. Sadly, we’re directly responsible for much of that pollution. The study tied a significant amount of Chinese pollution to the production of goods for export to the United States and other countries.

I saw firsthand in China that environmental laws are much less stringent and often ignored completely. Walking outside, the air was so thick it was like I was smoking cigarettes 24/7. In spite of the occasional PR push by Chinese government authorities, the pollution situation just continues to get worse there.

However, “there” is not as far away as it may seem. Sure they are seeing the worst of it, but there is no doubt that pollution is affecting us here the USA as well.  In fact, experts already estimate that Los Angeles experiences at least one extra day per year of smog exceeding safe ozone levels because of pollution from China.”