Is anyone looking forward to this week? We will get though this. Thank you to the helpers and the peace makers. Please be safe, and something to brighten your day.

Imagine there’s no countries
It isn’t hard to do
Nothing to kill or die for
And no religion, too
Imagine all the people
Living life in peace… You…

My message for you on this Earth Day is, “Young people want a livable future!” All of us can make a difference for that future. Not just on Earth Day, but everyday!

The theme for Earth Day 2018 is, “End Plastic Pollution” Here is an interview with the founder of the original Earth Day.

If we continue the path we are on with plastic pollution, we will have more plastic in the ocean than fish by 2050. Business lobbyists are working hard to make sure we use plastic products. Laws are being passed to stop cities and counties from banning plastic bags and plastic/Styrofoam containers. We are in a sad place when the lobbyists have more power than the common good of everyone. These lobbyists make me more determined than ever to boycott their awful plastic products.

What are some ideas to reduce your plastic use? Here is an excellent article from Minnesota Public Radio(MPR) on what you can do about plastic pollution.  When a plastic product comes your way, ask yourself: Do I really need this, or can I use something else? Chances are you can say no, and yes.

Each one of us can make a huge difference.  On Earth Day 2018 set a simple goal for yourself, something that is easy to do. Maybe just keeping your reusable bags in the trunk of your car, or refilling olive oil and balsamic vinegar bottles at your local grocery. Maybe refusing to purchase anything in Styrofoam or never again using a plastic straw.  You know your situation, what works for you?

Make sure your environmental goal is easy to accomplish, and something you have a passion or interest to accomplish. Remember, our youth want a livable future.

There are always new things you can purchase in bulk, instead of plastic. My newest way to avoid plastic using bulk hemp seeds to make hemp milk . Trying to reduce one plastic container at a time! 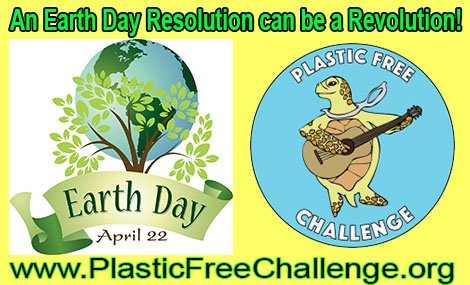 Plastic came into being about 1950. It is lightweight and easy to make into many things. Unfortunately, plastic is awful for our wildlife and waterways. Both are choking on this ubiquitous plastic pollution.
What are microplastics? They are tiny pieces of plastic that come from our clothes, plastic litter, and synthetic fibers. Read or listen to the entire story at MPR.
At the present these plastic particles are too small to be strained out of our water treatment plants so they end up polluting our waterways, lakes and oceans. There is a new laundry bag you can purchase (see below) that will filter the microfiber when you wash your clothes.

5 things you can do to reduce microplastic pollution

Just making a few adjustments to your yard can make big difference for our climate. If everyone does a little bit, it adds up to a lot! Some amazing statistics on our lawns from “greener lawn” below:

*Grass covers more land in the US than any other crop.

*It’s estimated that there’s up to three times more acres of lawns than corn, according to NASA

*Homeowners use up to 10 times more chemical pesticides per acre on their yards compared to what farmers use on their crops, according to the U.S. Fish and Wildlife Service.

Some other ideas to slow climate change and help pollinators:

** More on bees an butterflies

Adding new pollinator plants is not easy if you are a hosta gardener or a new gardener.

I would start small by adding a few of these: purple cone flowers, black-eyed Susan, bee balm, a few asters, and columbine.  I suggest these because many garden stores sell them, they are easy to grow, add diversity, and are loved by pollinators.

Did this cause the record snowfall in Boston?

Today’s news on the Arctic from the World Wildlife Fund:
In response to today’s news from the National Snow and Ice Data Center about record low winter sea ice extent, World Wildlife Fund released the following statement from Margaret Williams, managing director of Arctic programs.
“Today’s news is not only about record low levels of winter Arctic sea ice, it’s about the unraveling of the Arctic and the impact of climate change on the wildlife and people that call the region home.
“This is yet another signal that bold leadership is needed to address the climate crisis. As the US assumes chairmanship of the Arctic Council next month, we need a vision that redefines business-as-usual in the rapidly changing Arctic — one that embraces renewable energy, sustainable development, and healthy communities.”
http://www.mprnews.org/story/2015/03/19/bcst-climate-cast

This is a “must listen to.”   What can we all do to mitigate these changes and prepare for the future?

Minnesota is warmer than it used to be. Rain falls in bigger downpours. Hay fever sufferers have a longer sneezing season, and the ticks that deliver Lyme disease are expanding their range. Red maple trees are moving north. So are purple finches. Moose numbers have shrunk.

Without question, the state’s climate has changed in recent decades. And that’s had an impact on the lives of its wildlife, its plants, its people.

Minneapolis will probably set a record cold for this week’s temperatures, and British Columbia and the Arctic might set record heat records.

When I travel, people often say, “Minnesota, it is really cold there!” This week’s cold spell during the All-Star Game is going to reinforce those beliefs.  Usually this is the hottest week of the year in Minnesota with average highs in the 80s F.

As someone who loves outdoor activity, I love cooler temperatures, but what is scary is the record heat in British Columbia and the Arctic.

From Minnesota Public Radio: As Minnesota shivers today in record July cold, western Canada is baking, and literally burning up in record heat.

http://blogs.mprnews.org/updraft/    Get the entire story from Paul Huttner at MPR

And from Paul Douglas at the Minneapolis  www.Startribune.com

Climate Change for Dummies. Here’s an excerpt of an Op-Ed at the Concord Monitor: “…I distinctly remember my professor Richard Bopp, researcher at Goddard Institute for Space Studies, telling us that the only thing he knew was that you could not overload such a delicately balanced system like our atmosphere and not have something change. The idea that everything in the world would gradually and evenly rise in temperature was unlikely, but he and his colleagues could not offer an alternative at that time. Well, 25 years later, we have a better idea. Thanks to the Intergovernmental Panel on Climate Change, a voluntary 2,000-member group of scientists committed to understanding climate change, we can verify that we are experiencing more severe weather and increases of ocean levels, glacial melting and average temperature…”

The natural: Transforming a yard from nasty to native

When Susan Damon and her husband bought their St. Paul home a couple decades ago, invasive plants had a stranglehold. Now their yard is home to more than 100 species of native plants and a food source for an array of critters.

It’s proof that even city dwellers can create a welcoming habitat for butterflies, bees and songbirds.

They replanted with prairie grasses, high bush cranberry and hazelnut, among other species. There’s almost no weeding — the natives crowd out the dandelions — and hardly any watering since some of the plants have roots sunk up to 10 feet deep into the soil.

Damon estimates she and her husband have spent maybe $2,000 on native plants but adds that the yard takes care of itself with just a bit of cleanup and some thinning of plants in spring.

She recommends six plants to get started — see the gallery below for more details. And click on the play button above to hear her talk about the joys of ditching the lawn and how to do it.

• More on native plants from University of Minnesota Extension