I know people get tired of my harping on plastic, but plastic is a serious world problem. According to the Plastic Pollution Coalition the average shopper uses 500 plastic bags a year, and that is just bags, not all the other plastic products.  This is not sustainable!

I love thinking of how my grandparents lived, and how it is different from today. I loved this post from One Green Planet about what we can learn from the past and from our grandparents. Read it here.

Below is a quote from One Green Planet which show how serious this plastic issue is!

“In the past 30 years alone, the amount of plastic produced worldwide has increased by 620 percent! On average, that equates to 300 million tons of plastic a year. Of this 300 million tons, about 8.8 million tons find their way into the world’s oceans where they are left to slowly photodegrade into smaller pieces – and by slowly, we mean over the course of 100 to 1,000 years. When you consider the huge volume that is added to the oceans every year and the fact that plastics never really “go away,” we find our oceans crowded with a massive soupy mixture of harmful plastic products. This sadly has a massive impact on the marine animals who call our oceans home. Around 700 marine species are in danger of extinction due to entanglement, ingestion or general pollution caused by our plastic trash.”

Our grandparents didn’t have the choices and variety we do.  They cooked and ate hearty food on real dishes, but most important they conserved, reused, and didn’t throw everything away like we do today! I would stay with my grand parents for a week and we didn’t need to run to the store to buy buy buy. We used what we had.

What do you remember about how your grandparents did things?

Even remote islands are collecting our plastic trash

Thousands of people all around the world are taking action to support the International Day of Happiness.

Let’s create a happier world together

Not everyone, but most of us want to be happy. In 2012 The United Nations declared March 20, the first day of spring, as the International Day of Happiness. So how can you have a happy life?? For some of us it just happens, but for others, it takes some work. I hope you will click on the link below for a little book with suggestions on how to be happy.  I am not discounting anyone with troublesome economic problems.  Some of those economic problems don’t exist in the world’s 2016 happiest country, Denmark. Read about it here.

Happy spring!  What are your tips to be happier??

consume—from food to knick-knacks—is responsible for up to 60 percent of global greenhouse gas emissions and between 50 and 80 percent of total land, material, and water use” From Audubon and Grist.org

This post is a follow-up to two of my earlier posts.  Every time we make purchases we need to weigh what the impact is to the earth.  Purchasing high quality items that will last, fixing broken things, bundling our errands, and becoming climatarians are a few easy things to start with.

I like one of the comments from the above link:

“Some of us have become “anti-consumers”. Think 3 times before you purchase. Is it necessary? Can I get it second hand? Can I make it myself or just do without?
#VoluntarySimplicity may be our only hope.”

How can E-Commerce be more environmentally friendly?

As a person who prefers to walk or take the bus to do my shopping, I thought Fed Ex and UPS delivering packages was a good thing; it cut down on my driving. packages came in cardboard, not plastic, and it seemed like an efficient way to shop. I don’t like some of the oversize shipping boxes, or the Styrofoam and packing peanuts I see littering the street.  The article below came as a surprise to me.

Online shopping has not helped the environment. It is not a sustainable way to live!

What can you do instead? 1. Bundle your own shopping trips into one trip. 2. Slow down, do you really need an item shipped to you in 2 hours? 3. BUY LESS 4. Return Packing peanuts to UPS. 5. Reuse packaging.

What can shippers do to be more sustainable? Refuse to use Styrofoam? Bundle their deliveries? What do you think?

Are there more sustainable packing alternatives?

Biodegradable packing materials offer a low-waste alternative to polystyrene packing peanuts. High-profile companies, including Dell and furniture-maker Steelcase, have already embraced a foam-like packaging made from mushrooms, eliminating the waste from polystyrene.

When shipping packages yourself, simply use paper from your recycling bin to insulate breakables rather than reaching for polystyrene peanuts. Crumpled newsprint, junk mail and other waste paper will do the job just as well and will be far easier for your recipient to recycle.

“A strategy needs to be something that can be sustained!” President Obama on fighting ISIS

How are we as a society failing our twenty-some year old young men? The shooters in San Bernardino were living the life the men I talk about below wanted.  Where can we find a life of hope and purpose for these young men? How can they be encouraged to connect to the world around them?

This is a blog I wrote after the Paris terror attack:

Today I am writing about the young men I met on a recent trip, and I am calling on the wealthy, big corporations, the United Nations, and the World Bank to help them by creating jobs.

My husband and I have just returned from Albania, Kosovo, and Macedonia.  In the past few years we have also travelled independently to Serbia, Bosnia, Romania and other Eastern European countries.  These countries are democracies, but are still struggling after Soviet domination for many years. The message we hear from the frustrated twenty-some men is, “We have NO hope!” These English-speaking locals approach us as we wait for buses, ride ferries, trains, or are looking at a map on the street.  Unemployment is very high and most we talk to are unemployed or a few are in a low wage jobs.  They have no confidence in their governments, and feel hopeless about their futures  They say they have to pay bribes to get jobs, and to get into the military.  Some of these young men are Muslims, and some are Orthodox Christians.  They think the only solution is to move to Western Europe, Canada or the United States. What is upsetting is the place and time and people change in these discussions, but their message stays the same!  I need to leave to find a better life!

Their frustrations are so enormous that it frightens me they will take any avenue to escape their situation.   Clearly, the answer is not with their governments.  Kosovo can’t account for all the funds NATO has given them to rebuild from their recent war.

The solution needs to exist inside their own countries. If companies are looking to expand, don’t forget Eastern Europe.  Large corporations expanding and creating jobs in these countries could make a big difference! The men we speak to appear to be educated and have good communication skills, and say they are willing to work hard.

It is such a waste of human energy to have energetic minds struggling for a future! The roots of terrorism are very complicated and my ideas are simplistic, but how can these individuals feel they are important, that their lives matter, and that they can contribute worthwhile things to society? What are some sustainable jobs and industries NGOs or private business can start or create in Eastern Europe?

Much needs to be done, but as I ride buses through the countryside these are the things that could be win-win for Europe and the entire world:

Below is a solar water heater: 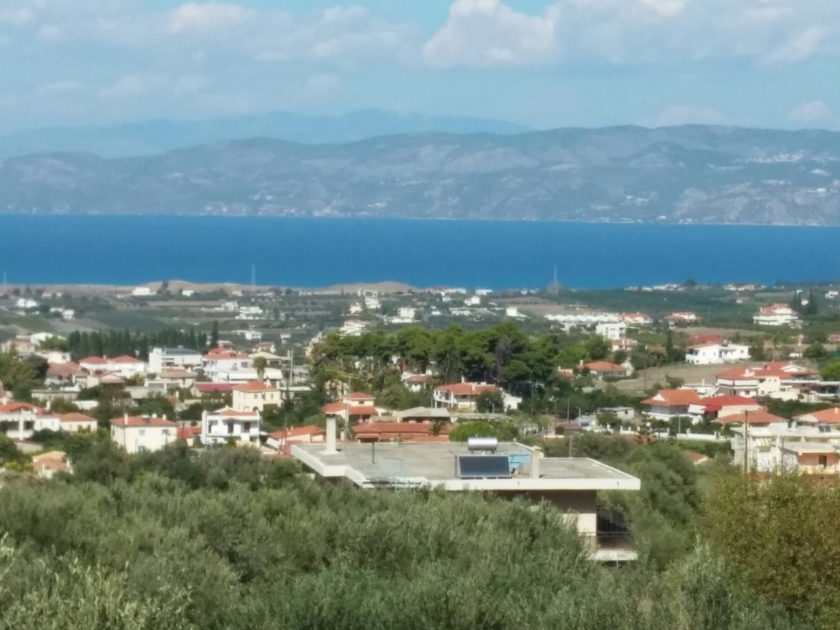 You ask me, “Where are the girls and women?” I can’t answer that question.  Sometimes on the street you see a hundred men to one woman.  Some women do have jobs, and girls are going to school, but overall this is a place where the men seem to dominate.

We are one day passed global earth hour sponsored by the World Wildlife Fund. Even if you could not participate, I hope you will think of ways to reduce the electricity you use. Working together to cut our use of fossil fuels(Most of our electricity comes from coal) can make a difference!

Like it or not the paradigm is changing. Some news from the week:

http://www.startribune.com/business/297835841.html An Industry That Moves With The Wind

Below is from Wikipedia:

The International Day of Happiness is celebrated throughout the world on the 20th of March. It was established by the United Nations General Assembly on 28 June 2012.

Balloons of Happiness
The General Assembly,[…] Conscious that the pursuit of happiness is a fundamental human goal,[…] Recognizing also the need for a more inclusive, equitable and balanced approach to economic growth that promotes sustainable development, poverty eradication, happiness and the well-being of all peoples, Decides to proclaim 20 March the International Day of Happiness, Invites all Member States, organizations of the United Nations system and other international and regional organizations, as well as civil society, including non-governmental organizations and individuals, to observe the International Day of Happiness in an appropriate manner, including through education and public awareness-raising activities[…]

This UN resolution marked the historical milestone of globalizing the Happiness Development Movement that started in 1972. [3]

Bran Castle by some accounts is where the Hollywood version of Dracula was born.  A novel written in 1897 by Bram Stoker created an infamous legend about Count Dracula based on a real Prince Vlad Tepes (1431-1476).  I visited this castle in Transylvania a month ago.

Will Dracula be visiting you on Halloween? I love the creative costumes that come to my door. The best are the imaginative creations made from the reuse of old clothes and what you have around the house.  Remember to reuse, eliminate plastic, and recycle.

What types of sustainable healthy treats have you passed out?

Below are some terrific ideas for a healthy sustainable Halloween: